The popularity of charcuterie items has always been high. The practice of curing meats is a great way to enjoy them differently. They store well without spoilage and don’t need to be cooked.

Charcuterie (shahr-ku-tuh-ree) is a kind of art where you prepare and assemble cured meats along with cheese, vegetables, fruit, bread, and wine or other spirits. A platter of these cured meats and other items are often served as an appetizer or a snackable food during parties and sporting events.

Cured meat refers to preserved meat. Yes, it is prepared by eliminating all the moisture from it. A cured meat achieves a different texture, and you can see differences between cured meat and raw meat in terms of taste and look. Moreover, it does not support the growth of bacteria. Salt is the main ingredient used in this process. It transforms the raw meat into a stable substance that is known as a cured meat.

Cured meat is not a new thing. It has been used for centuries because they lacked access to a refrigerator or ice. They used salt in order to remove the moisture from the meat so that it became shelf stable. After removing all the moisture, it is kept in a cool environment.

For dry curing, all you need to do is cover the meat with salt for a full day. After that, place the piece of meat onto it and fill the rest of the container with salt. You can also add black pepper and celery seed to make it more flavourful.

There are many other methods, such as equilibrium curing available on the internet. You can also find ways of curing meat using a refrigerator. But it does not matter which method you are using, the ultimate outcome will be much the same. 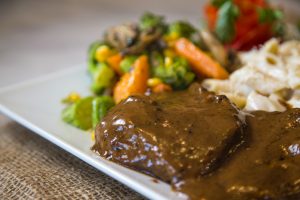